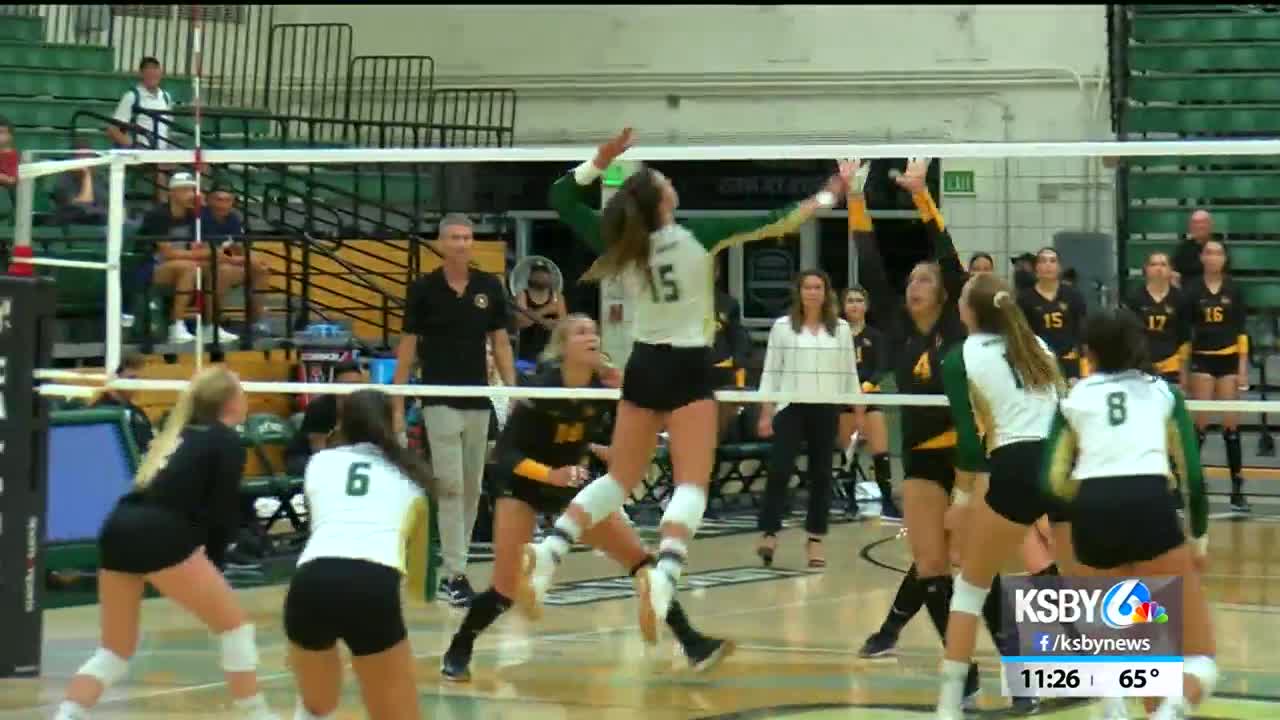 The win for the Mustangs (8-5, 1-0 BW) is also their seventh straight sweep over a Big West opponent going back to last season and is the fifth consecutive win over Long Beach State (3-10, 0-1 BW).

It was a back-and-forth start to the first set. Tied at 8, Cal Poly scored five unanswered points to take a 13-8 lead. Long Beach State then responded with four straight points to cut the lead to one. That was followed with a 4-1 run by the Mustangs to put them up 17-14. With Cal Poly later up 20-15, Long Beach State went on a 5-2 run to cut the deficit to 22-20. The Mustangs then scored two straight points before going on to win the set 25-22.

The Mustangs once again started the third set by taking a 6-3 lead. Long Beach State later rallied to tie it at 8-8 before Cal Poly rattled off five straight points to take a 13-8 lead. The Mustangs never looked back from there, going up by as many as seven points and went on to complete the sweep 25-19.

For head coach Caroline Walters, this is the first Big West win of her career. The Mustangs now go on the road this weekend to face Cal State Fullerton Friday and UC Irvine on Saturday. Both matches start at 7 p.m. with Friday’s match streaming on the Big West’s website while Saturday’s match will be streamed live on ESPN3.com and WatchESPN.