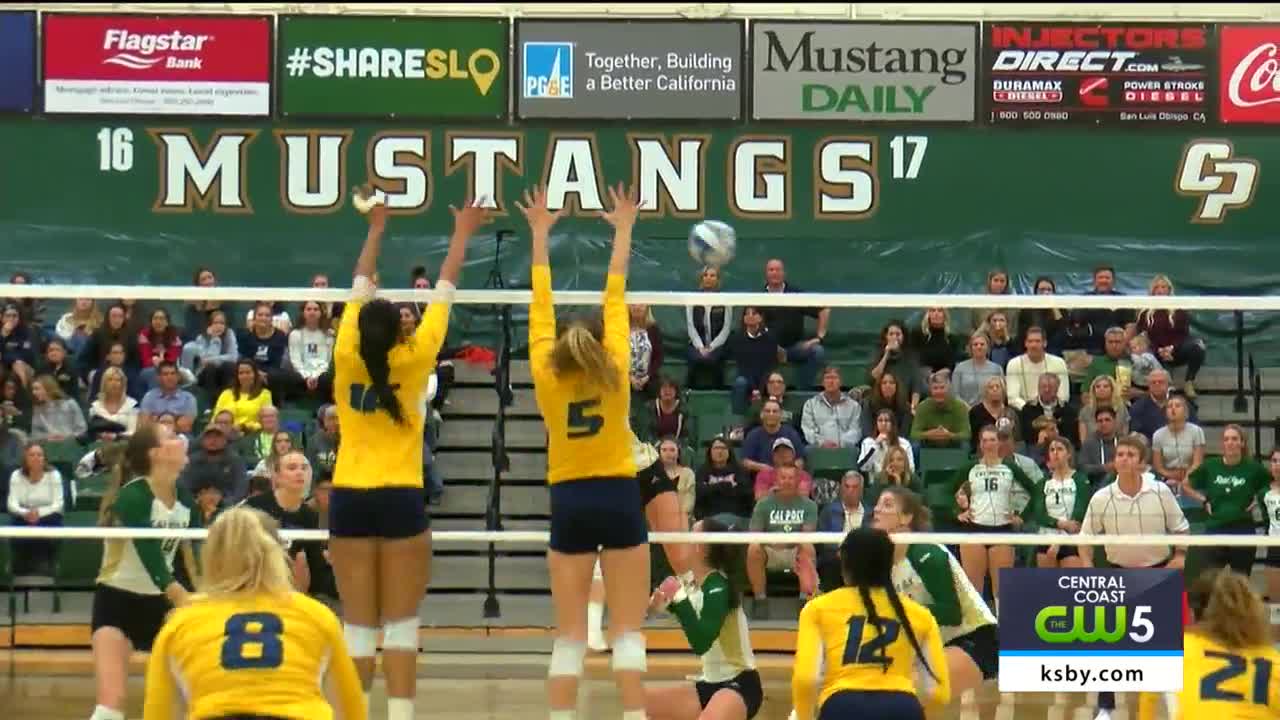 It was a tightly contested first set that had 18 ties and seven lead changes with neither team ever holding a lead more than two. Tied at 12, the Mustangs scored back-to-back points before UC Irvine won three straight points to regain the lead. Cal Poly then responded with three consecutive points to go up by two. The Mustangs later found themselves down 23-21 before scoring three straight points to take a 24-23 lead. The Anteaters then scored to tie it at 24 before both teams traded points again to tie it at 25. From there, Dvoracek’s 10th kill of the set followed by an ace by senior Nikki Jackson finished off the set for Cal Poly 27-25.

The Mustangs jumped out to a 6-3 lead to open the second set. Up 7-5, Cal Poly scored four unanswered points to take an 11-5 advantage. The Mustangs later went up nine and never looked back, going on to win the set 25-15. The set was Cal Poly’s most efficient, hitting .353 while limiting the Anteaters to a .030 hitting percentage thanks in part to six blocks in the set.

The third set was also close the whole way with 13 ties and five lead changes. The Mustangs got out to a 6-2 lead before UC Irvine came back to tie it at 7. Even at 9, the Anteaters scored three straight before Cal Poly did so as well to tie it back up at 12. The teams went back-and-forth from there before, tied at 22, a kill by Dvoracek followed by consecutive kills from Mercer completed the sweep for Cal Poly 25-22.

The Mustangs, who currently sit in second place in the Big West a full match behind Hawai’i, will finish the regular season at home Saturday at 5 p.m. against Cal State Fullerton for Senior Night looking to bolster their chances of making the NCAA Tournament as an at-large bid. Before the match, the five seniors on the team, Mika Dickson, Nikki Jackson, Torrey Van Winden, Jessica McRoskey and Nadia Retoff, will all have their careers celebrated.