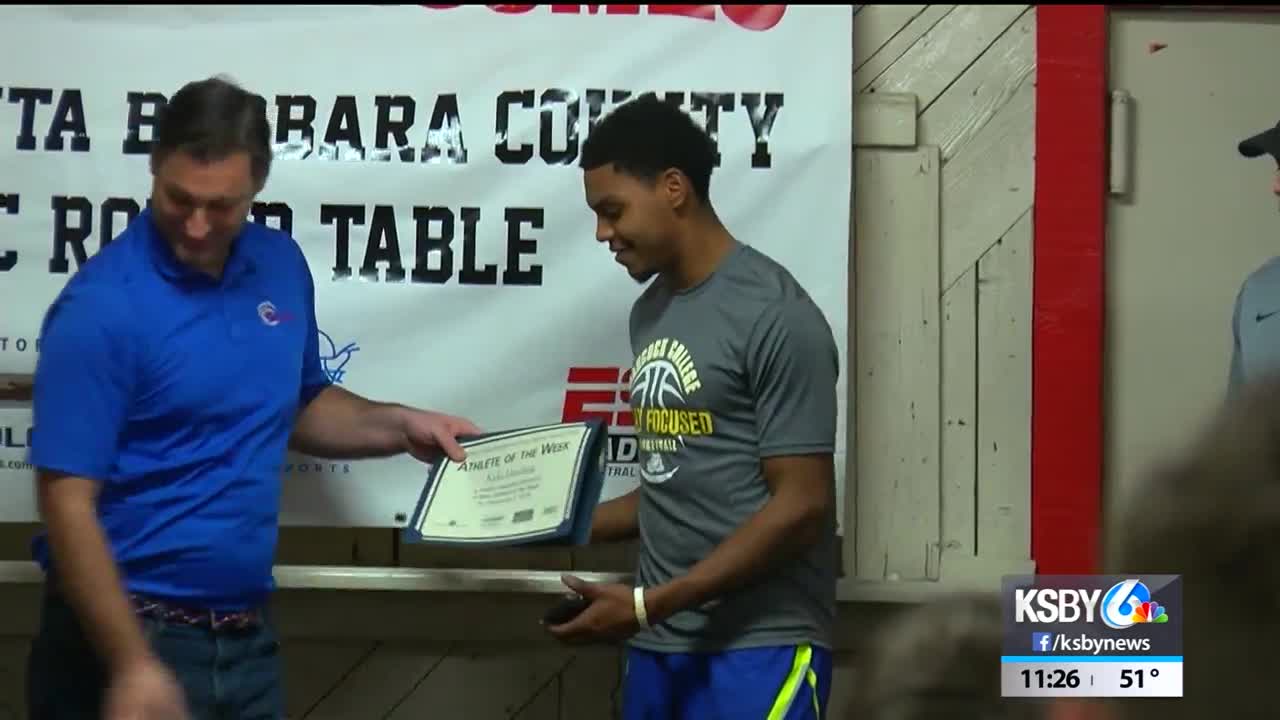 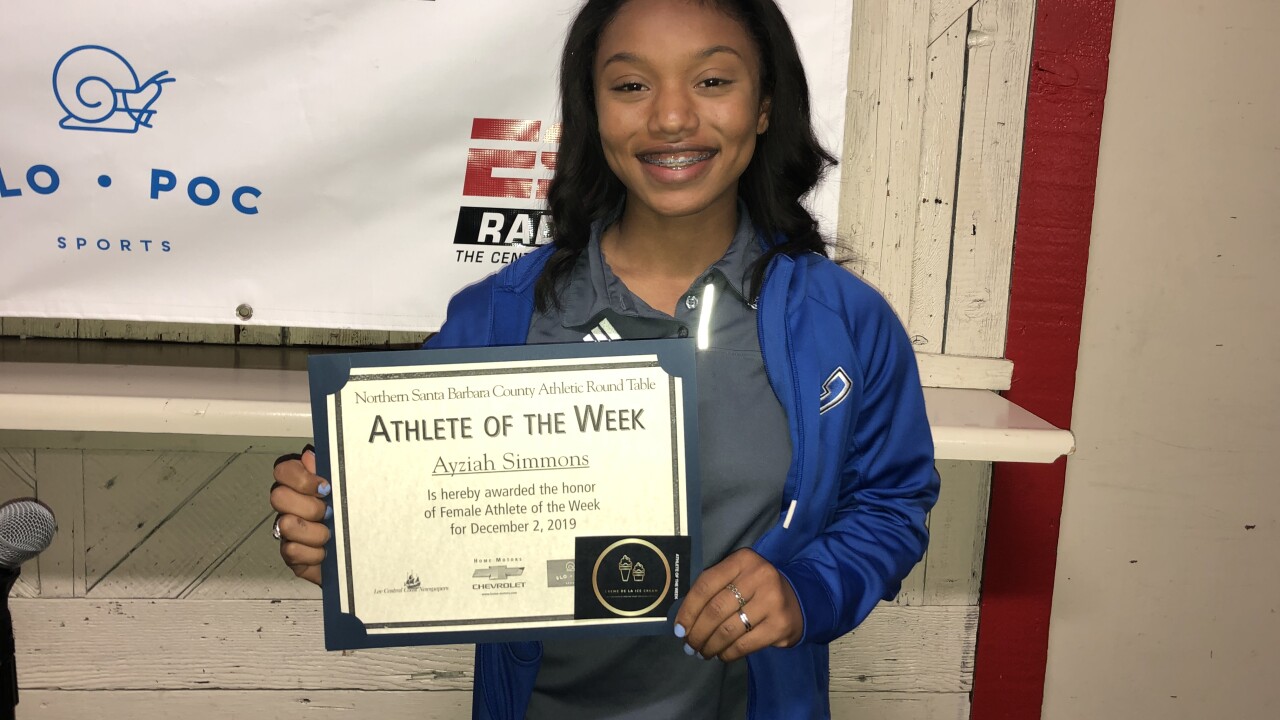 Simmons, the female athlete of the week, is a member of the Lompoc girls soccer team. In two matches this season, Simmons has six goals for the Braves, include three against Mission Prep last week in an 8-0 victory.

"I was honored. I didn't expect it, but I'm really excited that I won it, especially because it's my senior year," Simmons said. "I won it before for soccer but never got the opportunity to actually come and get it."

Harding, the male athlete of the week, is a member of the Allan Hancock men's basketball team. Harding scored 18 points in a 75-73 road victory over Cerritos last Wednesday night, extending the Bulldogs' winning streak to five games.

"I feel like it's an honor, it's a blessing," Harding said. "It wasn't one of my goals, but it's something that came along the way. I'm just grateful."