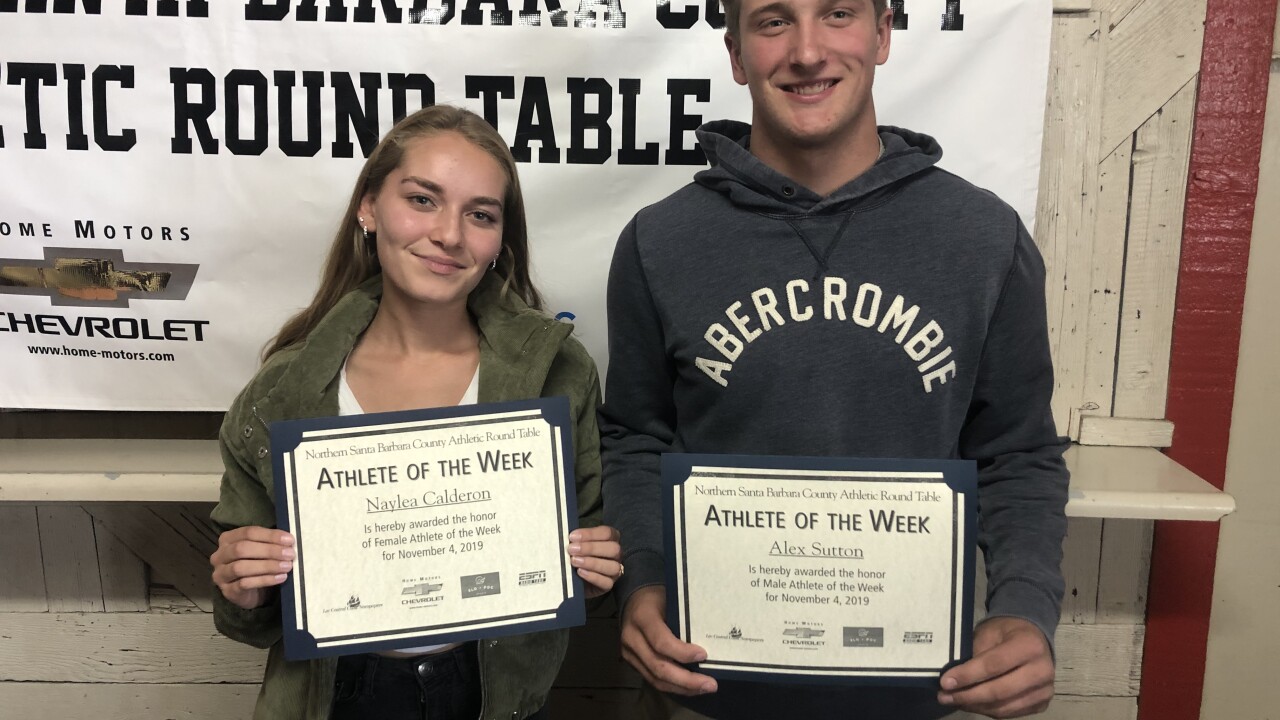 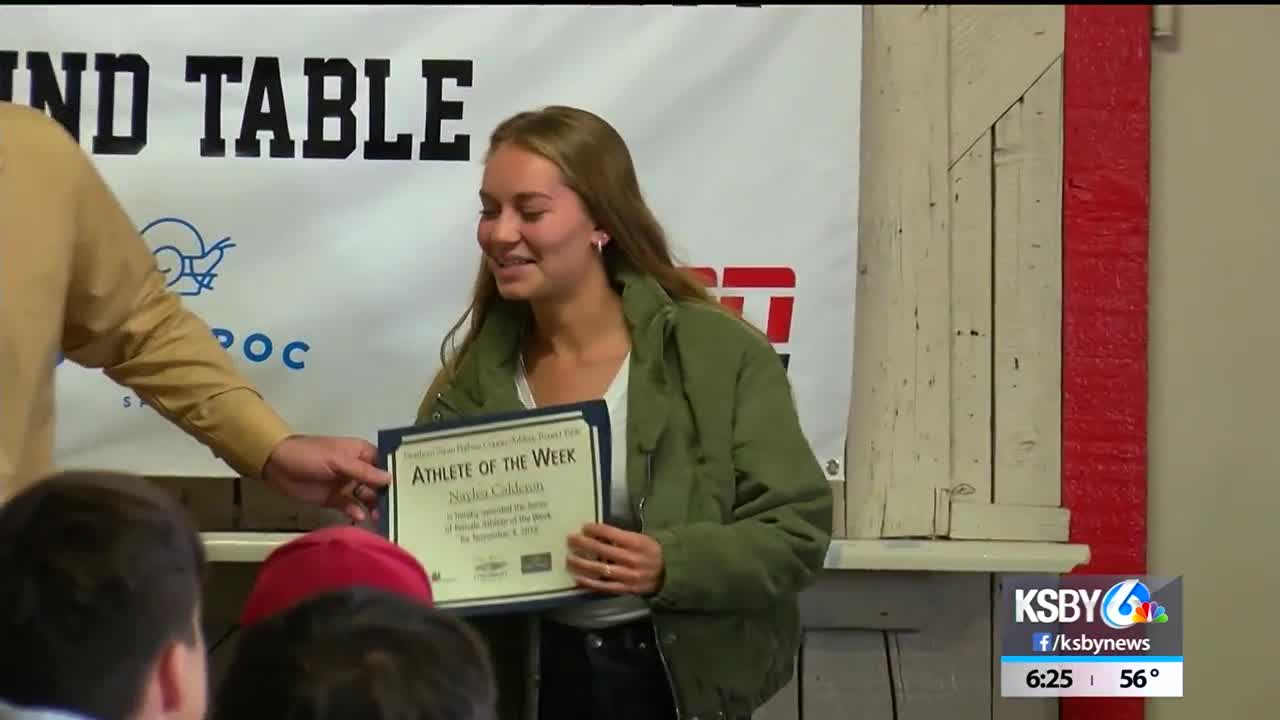 Sutton, the male athlete of the week, is a member of the Orcutt Academy football team. Sutton helped lead the Spartans to a regular season finale victory over Fresno Christian last Friday night, 47-46. Sutton completed two passes for 58 yards and one touchdown, while rushing for 161 yards on 14 carries and another score. He also added a sack, four tackles, and a fumble recovery on the defensive end.

"The last game was really up and down. We were losing halfway through the game, and we battled back," Sutton said. "It came to just a bunch of series of plays coming together, and we took the lead."

Calderon, the female athlete of the week, is a member of the Righetti cross country team. Last week, Calderon guided the Warriors to their first county championship in over 20 years with a second place finish in a time of 19:14.24.

"We worked together as a team. We have been working extremely hard every practice, putting in the time and effort to get where we're at right now," Calderon said. "I can't thank enough my team for getting me where I'm at right now."