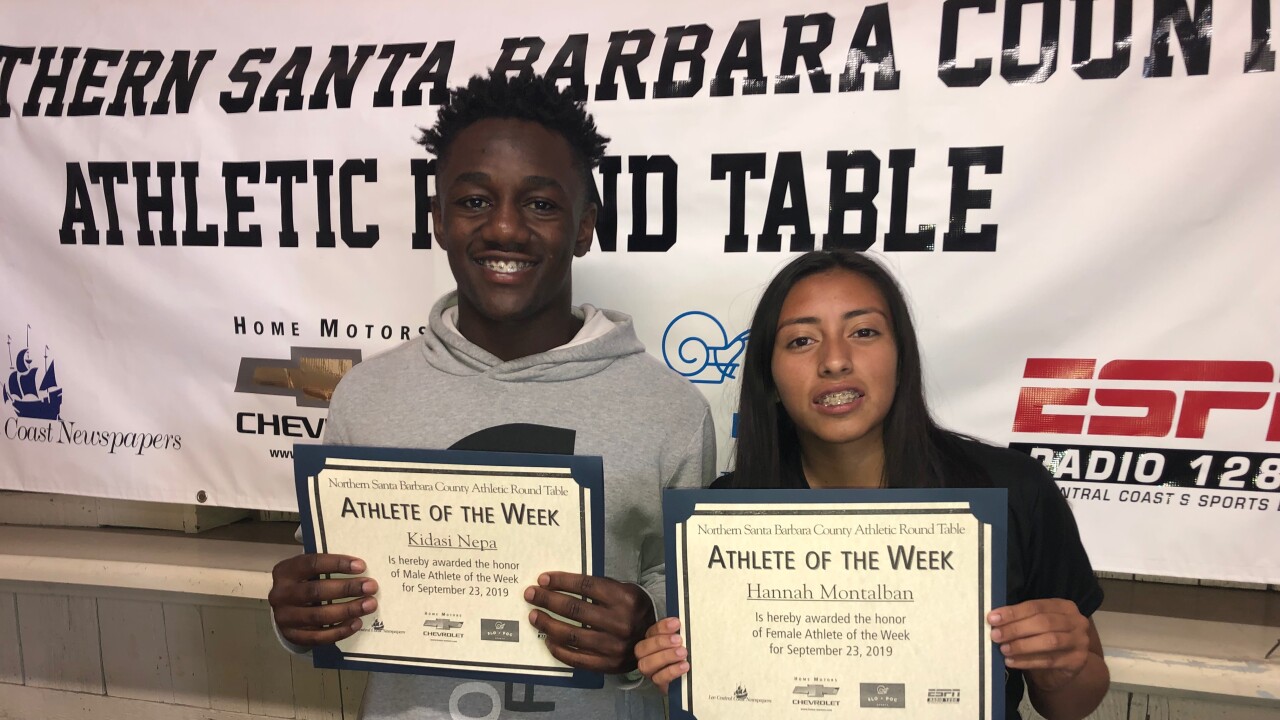 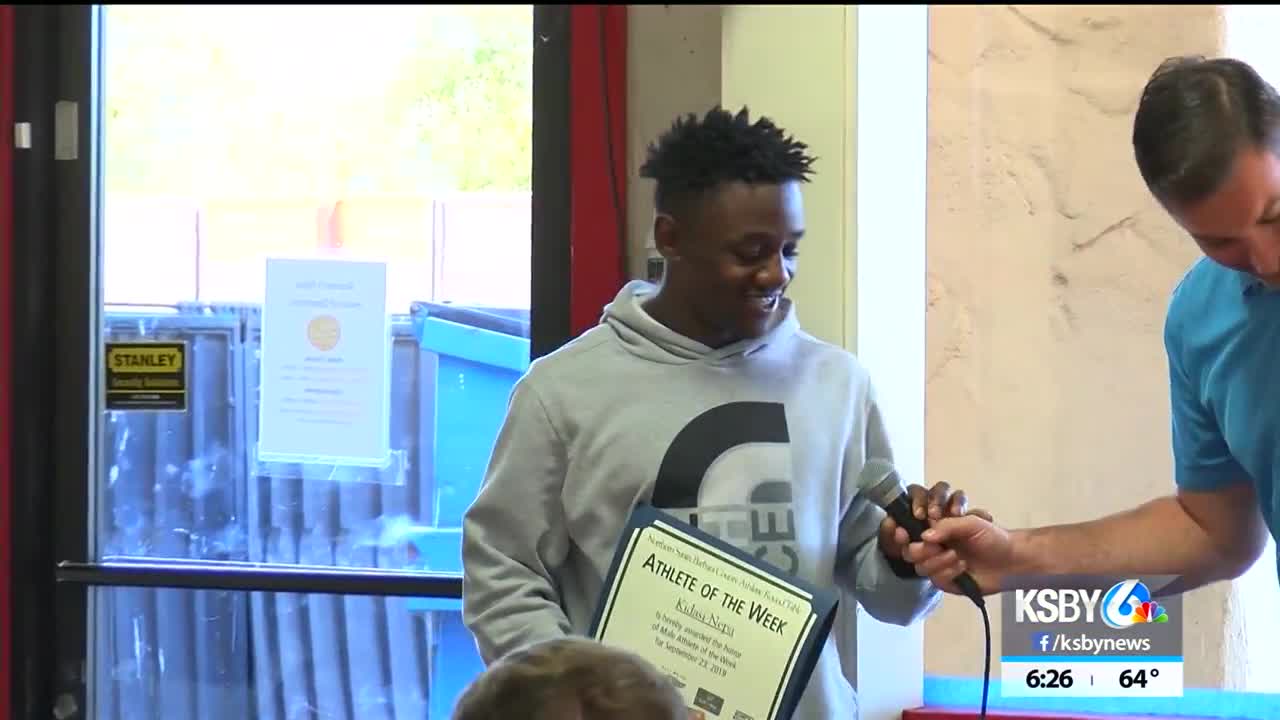 Nepa, the male athlete of the week, is a junior running back on the Righetti football team. In Friday night's 42-0 win over Soledad, Nepa gashed the Aztecs' defense for 153 yards and three touchdowns on just four carries, averaging over 50 yards per touch. The Warriors improved to 5-0 on the season.

"We wanted to spread the field out, but we wanted to run the ball up the middle," Nepa said. "They were kind of clogging that up so we just did sweeps to space them out, and that opened things up for sure."

Montalban, the female athlete of the week, is a member of the Allan Hancock College women's soccer team. Montalban led the Bulldogs to a pair of 1-0 road wins last week over West Hills Lemoore and LA Harbor. She scored a goal and had an assist in the victories.

"I mean, I just love the sport. When I'm on the field, I know what to do," Montalban said. "I'm just really happy that I was the one chosen and picked for this."