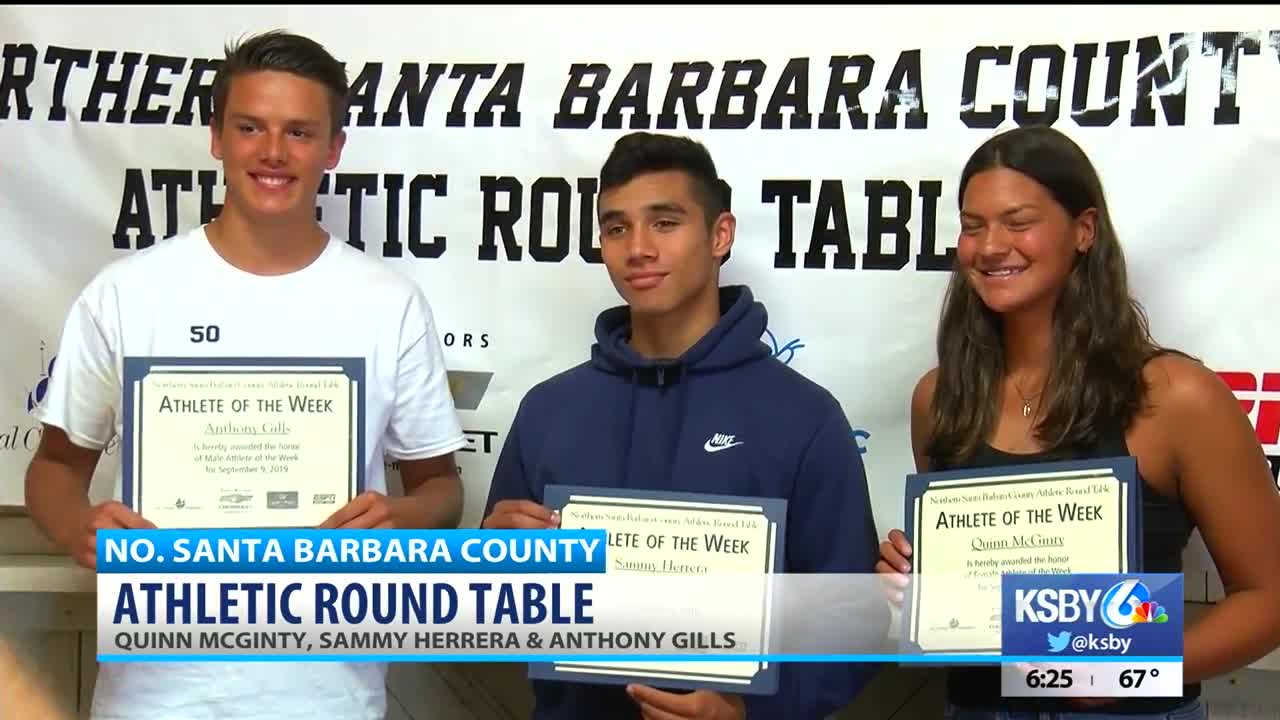 McGinty, a standout on the Righetti girls water polo team, netted 20 goals last week and led the Warriors to a 4-1 record. McGinty tallied seven goals in a league matchup against Paso Robles and 13 more at the St. Francis Invitational over the weekend.

"I'm really excited. I wasn't really expecting it," McGinty said about the award. "I just feel really excited because it's really awesome."

Herrara, a running back on the Santa Maria football team, put up a huge performance in Week 2 against San Marcos. Herrera scored three touchdowns and finished the game with 226 total yards as the Saints beat the Royals, 33-29.

Gills, a do-it-all senior on the Santa Ynez football team, scorched the Santa Maria defense in Week 3 with 258 yards of total offense and four touchdowns. Gills rushed for 197 yards and hauled in two passes for 61 yards as the Pirates beat the Saints, 38-17.

"This is my second time winning this award. Last year, I won it for track," Gills said. "Especially for football, it's my favorite sport right now, it's pretty nice."