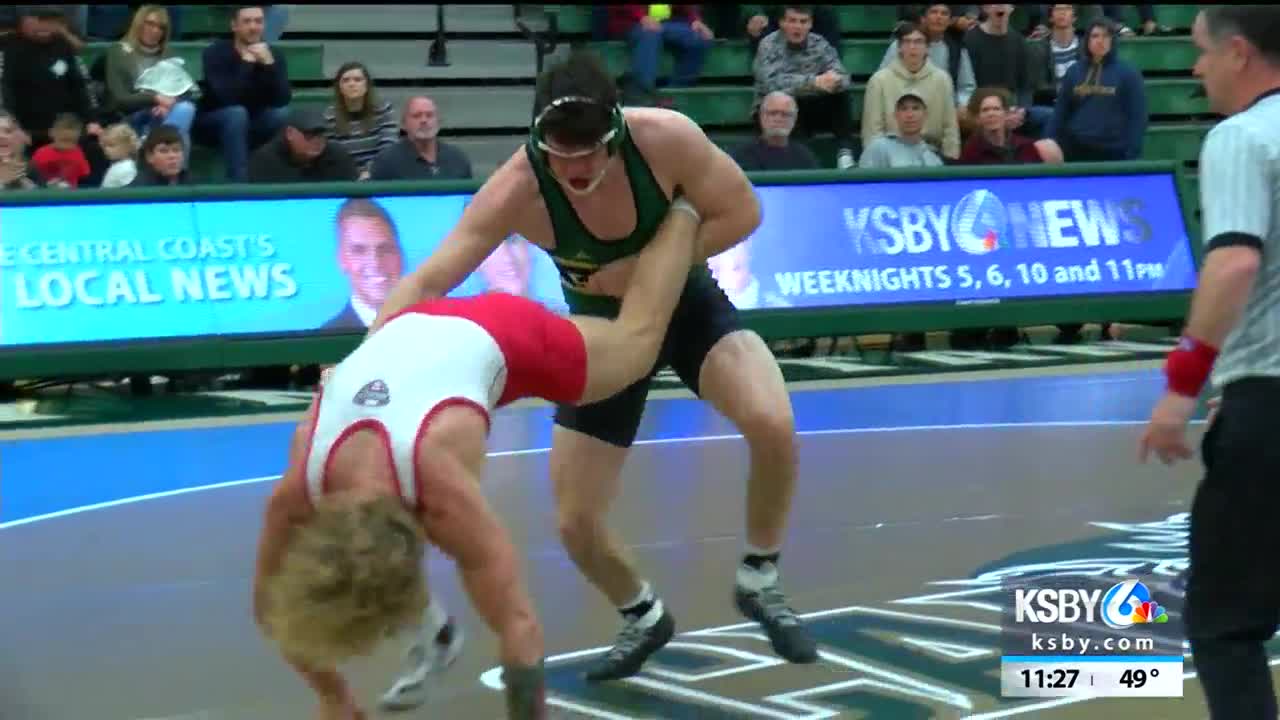 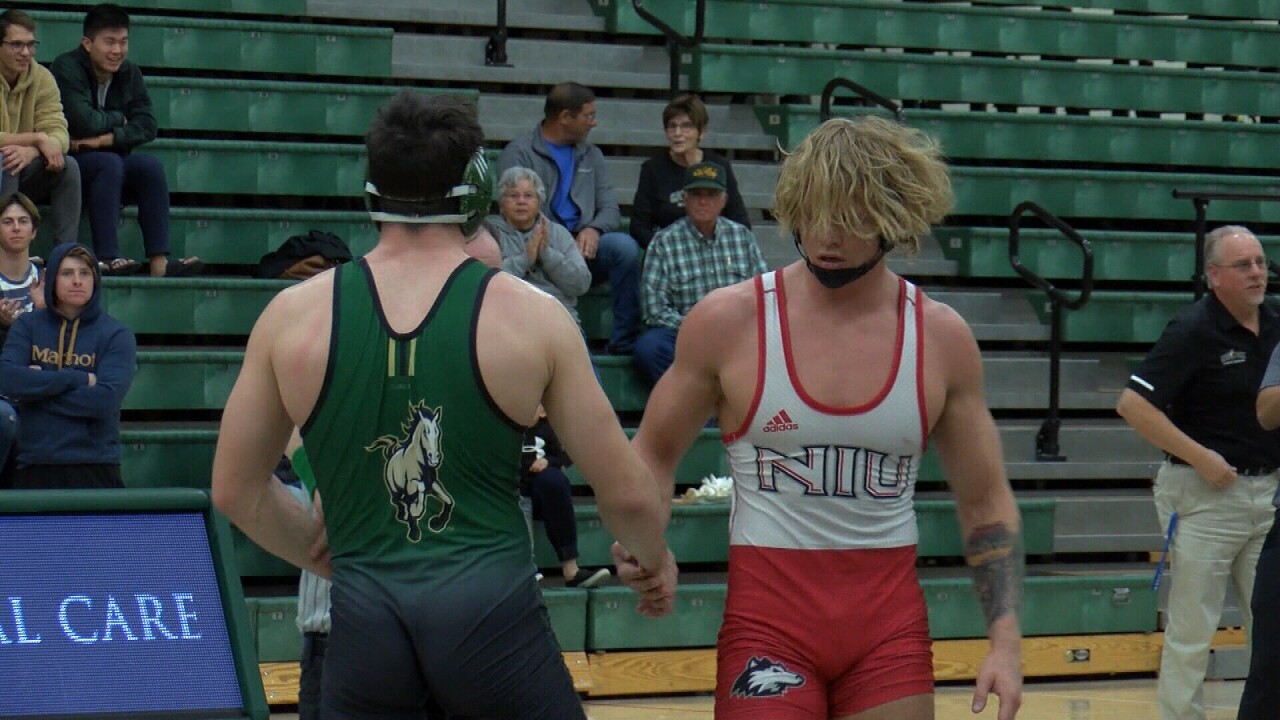 Cal Poly and Northern Illinois split the first four bouts before the Huskies won five in a row to pull away in a 23-9 victory in a non-conference dual wrestling meet Friday night inside Mott Athletics Center.

Bernie Truax and Tom Lane won by decision as the Mustangs kept pace with Northern Illinois in the first four bouts. The Huskies pulled away with four decisions and a major decision to build a 23-6 advantage.

Brawley Lamer stopped the Huskies' run with a decision in the final bout of the dual meet.

Northern Illinois improved to 7-3 with the win while Cal Poly fell to 2-3.

Truax scored a shutout, earning a 6-0 decision over Izzak Olejnik in the opening bout at 165 pounds. Truax built up 2 minutes, 20 seconds in riding time with an early first-period takedown and, after a scoreless second period, added an escape, takedown and riding time for the win, lifting his record for the season to 10-8.

Lane, ranked No. 12 this week by InterMat, is now 11-3 for the year after a narrow 3-2 win over Northern Illinois 197-pounder Gage Braun.

Braun, who brought a 14-8 record and a fifth-place finish in the Midlands into Friday's dual meet, scored a takedown in the first period for an early 2-0 lead. There was no scoring in the second period as Lane rode out Braun. Lane's takedown with 45 seconds left in the bout tied the match and his two minutes of riding time proved decisive.

A two-time national qualifier, Lane is 77-46 in his Mustang career. Braun was 12-1 a year ago as a true freshman.

Lamer notched Cal Poly's final victory with an 8-3 decision over Mason Kauffman at 157 pounds. Each wrestler scored a takedown and escape as the match was tied 3-3 after two periods. A four-point near fall near the edge of the mat with 30 seconds remaining gave Lamer a 7-3 lead and he compiled 2:19 in riding time for the final point.

Cal Poly narrowly lost two other decisions by one point. Samuel Aguilar lost on riding time to Max Ihry, 2-1, at 285 pounds while Joshy Cortez fell 3-2 to McCoy Kent at 149 as Kent overcame a 1-0 deficit with an escape and takedown in the final period.

Mustang 141-pounder Jake Ryan scored two takedowns in the first period for a 4-1 lead before Anthony Gibson rallied two takedowns, an escape and riding time for a 7-4 decision.