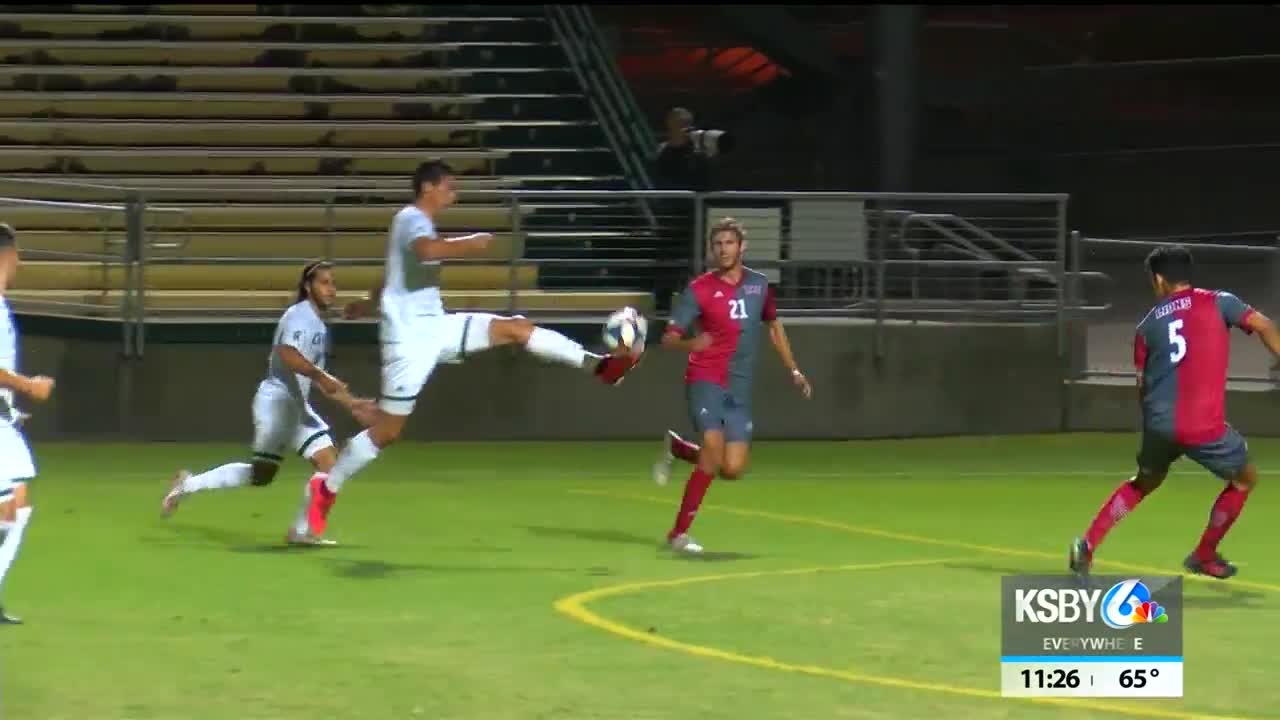 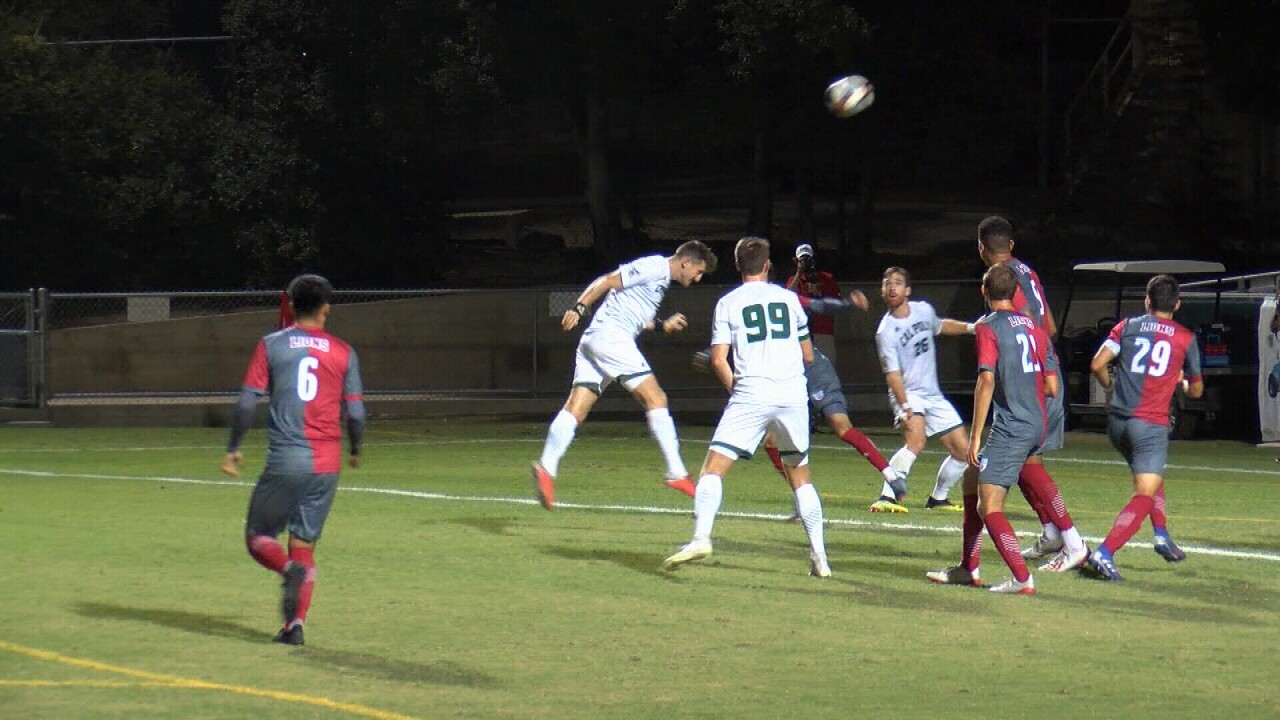 Eighty-two seconds into overtime, Mustang junior forward Angel De Leon fired a shot that was pushed away by Loyola Marymount goalkeeper Jacob Jackson. The deflected save, however, fell to Perez on the left side of the penalty box and he fired past Jackson to convert the game-winning attempt.

Perez, who entered the match just two goals off the national scoring lead, has now found the back of the opposition net in five successive matches.

Loyola Marymount (5-2-1) began play Thursday having not allowed a goal since a 2-1, season-opening loss versus then-No. 16 Virginia Tech (Aug. 30).

Cal Poly forced Jackson into three saves inside the opening 38 minutes and senior midfielder Diego Alonso struck the post in the 39th before producing his first goal of the season four minutes from the break. It was junior Freeman Dwamena earning his second career assist, feeding Alonso from the left side of the penalty area. Alonso’s shot deflected off of Loyola Marymount defender Gerardo Lopez and past Jackson.

The one-goal lead lasted just 27 seconds, however, with miscommunication among Cal Poly’s backline allowing midfielder CJ Neville to latch onto a bouncing ball and fire past starting goalkeeper Jason Hernandez into an open net.

During the second half and 84 seconds of overtime, Cal Poly outshot the Lions, 11-1. Overall, Cal Poly posted a 19-7 shot advantage versus Loyola Marymount, which played the final 63 minutes with 10 men after midfielder Narciso Cervantes saw red in the 29th.