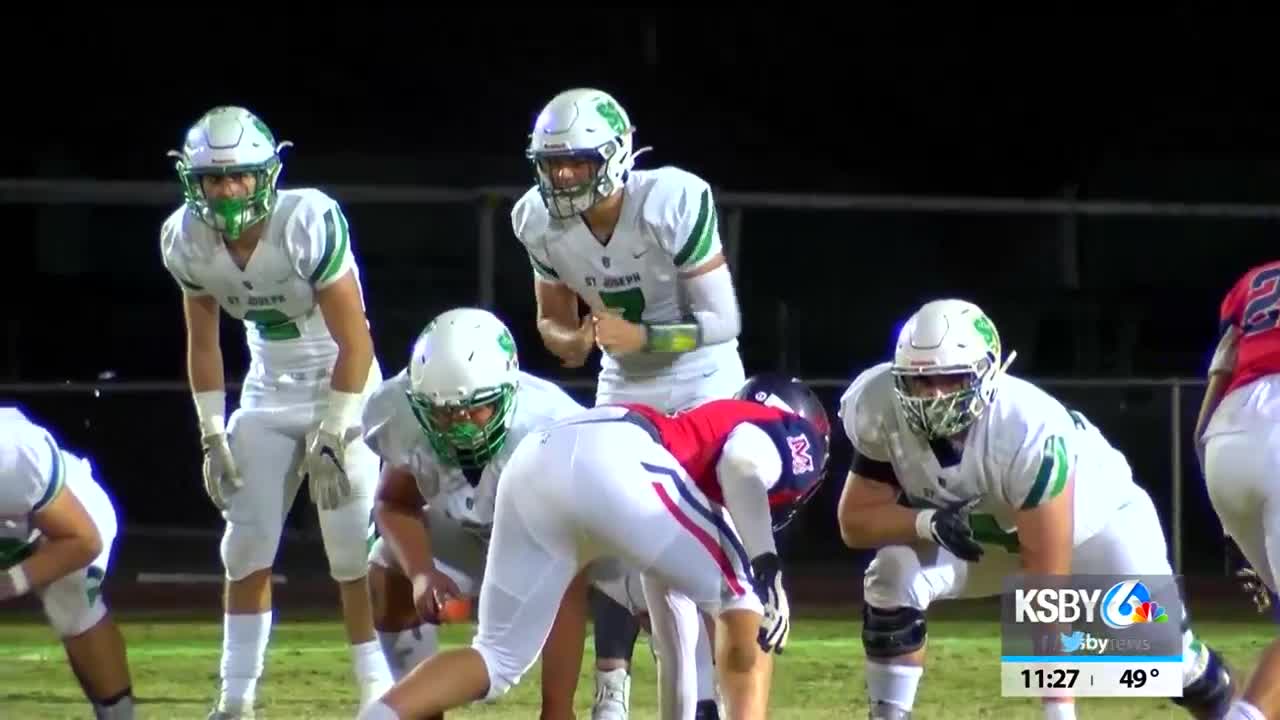 After a stalemate for a majority of the opening quarter, the Panthers punched in the game's first score when quarterback Finn Collins called his own number on fourth and goal.

Memorial struck for seven more points three minutes into the second quarter thanks to a Tyler Mackulin 12-yard touchdown run.

Mackulin would find the end zone again later in the quarter to make it 21-0 Panthers.

St. Joseph was able to cut the deficit to 21-7 just before halftime. Hunter Barnhart led the Knights' offense down the field and capped it off with a touchdown pass to Anthony Reynoso.

The Panthers were right back at it in the third quarter. Collins connected with TJ Hall for a 33-yard touchdown, extending their lead to 27-7.

However the Knights wouldn't go away quietly. Barnhart put together another methodical drive, ending it with a 14-yard touchdown strike to Vincent Geronimo to make it 27-14.

Memorial created more distance in the fourth quarter when Collins tossed his second touchdown of the game and first to Mac Dalena from 17 yards out, increasing the Panthers; lead to 19.

Collins would add another rushing and another passing touchdown later in the fourth, putting Memorial up 46-14.

Devin Guggia would tally the Knights' final points of the season, cashing in on a touchdown run late in the fourth.

St. Joseph ends its season at 9-4 overall and as undefeated Mountain League champions for the second straight year.