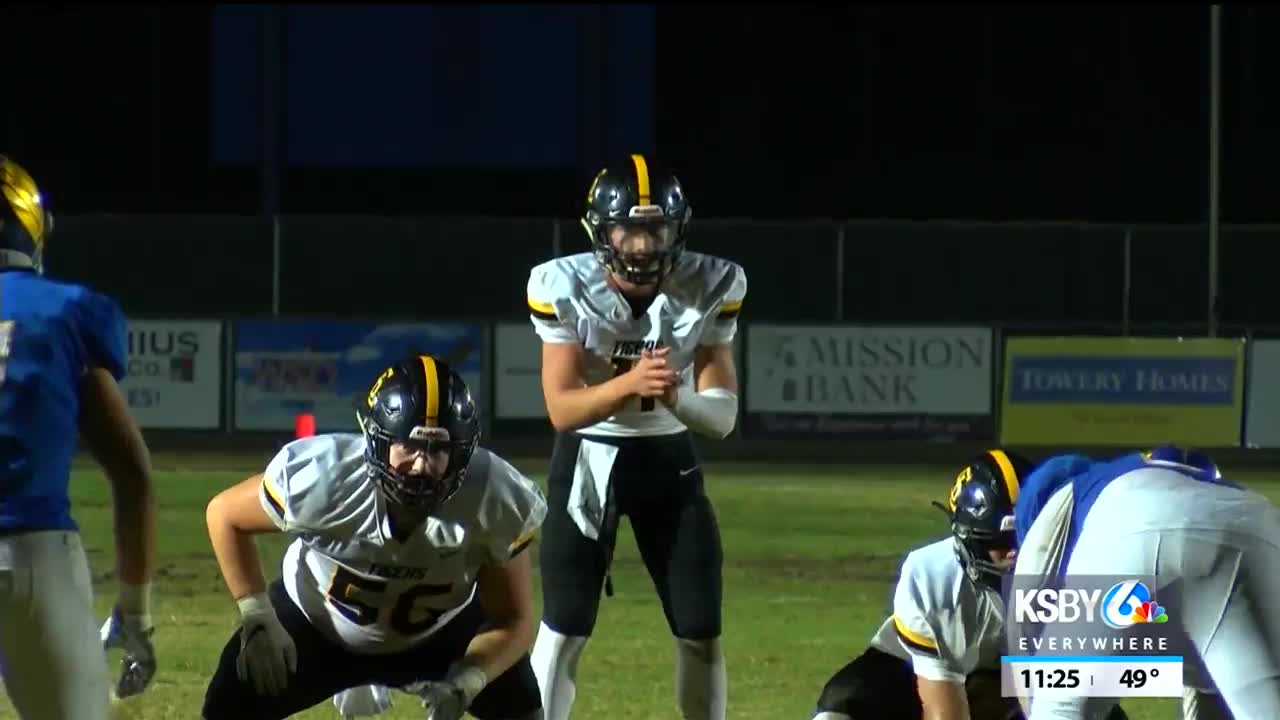 Making its first playoff appearance since 2013, the San Luis Obispo football team fell one win short of the Division 3 championship game as the Tigers were defeated by Bakersfield Christian, 35-14, in the CIF Central Section semifinals Friday night in Bakersfield.

Bakersfield Christian controlled the first half, scoring the first 28 points of the game. Eagles' quarterback Dominic Gamboni connected on a pair of touchdowns to Donovan Foster and Ronnie Samiril in the first quarter to make it 14-0.

Then in the second, the Eagles went to the ground as Jess Wattenbarger scored on a 21-yard run up the middle.

Turnovers plagued San Luis Obispo all night. Just before halftime, Emilio Corona tossed one of his five interceptions, and Bakersfield Christian capitalized with another touchdown.

The Tigers finally found paydirt in the third quarter. Corona found Jeremy Fitzsimmons for a beautiful hookup in the end zone, cutting the deficit to 21.

However the Eagles always had an answer. Gamboni hit Ben Yurosek in the fourth quarter for a 28-yard touchdown to increase Bakersfield Christian's lead to 35-7.

San Luis Obispo was able to strike one last time as Corona used his legs to score a 10-yard touchdown, but 21 points is as close as the Tigers could get.

San Luis Obispo wraps up its season with a 10-2 overall record and a PAC 4 League championship.