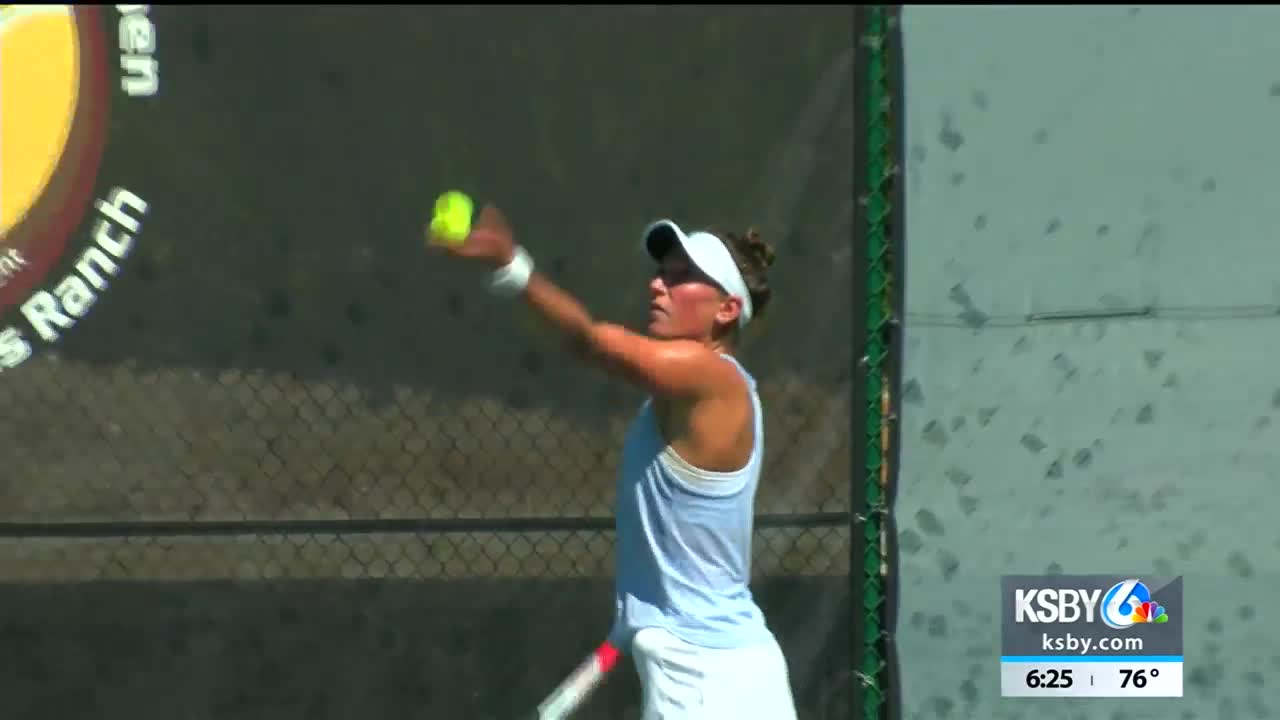 For the last two seasons, Nipomo native Sophie Whittle has accepted a local wild card to play in the main draw of the Central Coast Pro Tennis Open. However, the Arroyo Grande graduate had to earn her spot to compete this year at the Templeton Tennis Ranch.

Whittle's first-round matchup came against former USC All-American Giuliana Olmos, but it was the Gonzaga graduate dominating early on. Whittle controlled the set with her serve, taking a 4-1 lead before closing it out as the return from Olmos sailed just wide. Whittle took the first set, 6-3.

It was a different story in the second set as Olmos broke serve to take a 4-2 lead, eventually hanging on to take the set 6-3, knotting this contest at a set a piece.

In the third, Whittle dug herself a three-point hole but tried to climb out of it, scoring the next two and cutting the lead to just one. But in the end, the comeback fell a bit short, as Whittle's return sailed long, wrapping up the three-set win for Olmos.

"Obviously I wanted to win today but it was nice just having everyone out here supporting me and cheering me on," Whittle said.

"The level of competition is great and she loves that," coach Hugh Bream added. "Little lapses in focus that you might have gotten away with in college, you don't get away with anymore, but she's a worker, and she's a learner. "

Whittle will head to Los Angeles to train for upcoming tournaments in southern California and Texas.