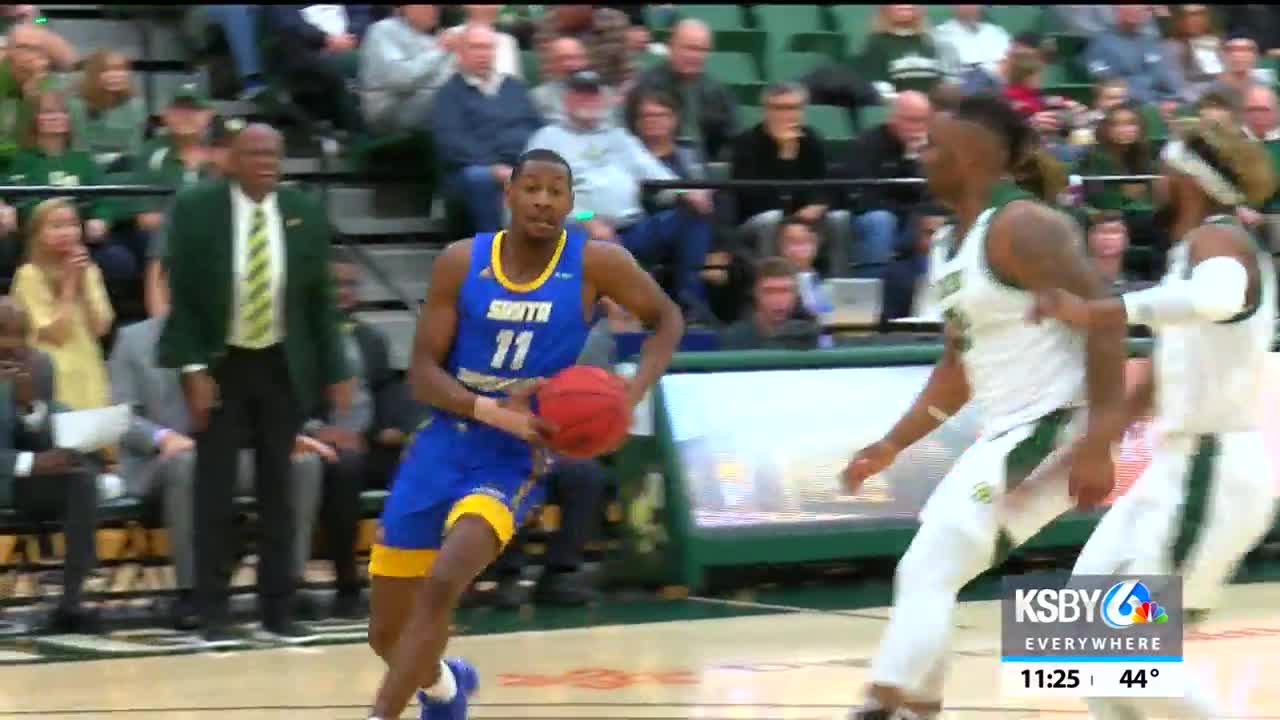 McLaughlin tallied 15 points and Sow 13 as both made four of eight floor shots for the Gauchos, who improved to 12-4 on the season.

UC Santa Barbara outscored Cal Poly 13-6 in the opening seven minutes as the Mustangs made just one of their first eight floor shots. The Gauchos stretched the advantage to as many as 12 points before settling for a 36-28 advantage at the break.

Cal Poly pulled to within six points early in the second half before UC Santa Barbara pulled steadily away, leading by as much as 19 points at 59-40 with 4:25 to go in the game.

In the Blue-Green Rivalry game between Central Coast rivals, Cal Poly made just 13 of 46 floor shots for the game (28.3 percent) while UC Santa Barbara hit 51.1 percent (23 of 45) of its field goal attempts. The Gauchos were seven of 14 from three-point range while Cal Poly made five of 19.