The National Weather Service issued a dense fog advisory for the Central Coast Wednesday morning. The advisory stretches from northern San Luis Obispo County down to the northern portion of Santa Barbara County and will remain in place through 9 a.m. Visibility out on the roadways will be a quarter mile or less.

Low pressure is developing over the state, which will cool temperatures down across the Central Coast. Although the area isn’t expected to reach triple digits, the interior valleys will still have warmer daytime highs from the low to mid-90s. As for the coastal valleys, temperatures will be around the upper 70s to the low 80s. For those looking to beat the heat, head to the coast for daytime highs from the mid to upper 60s. 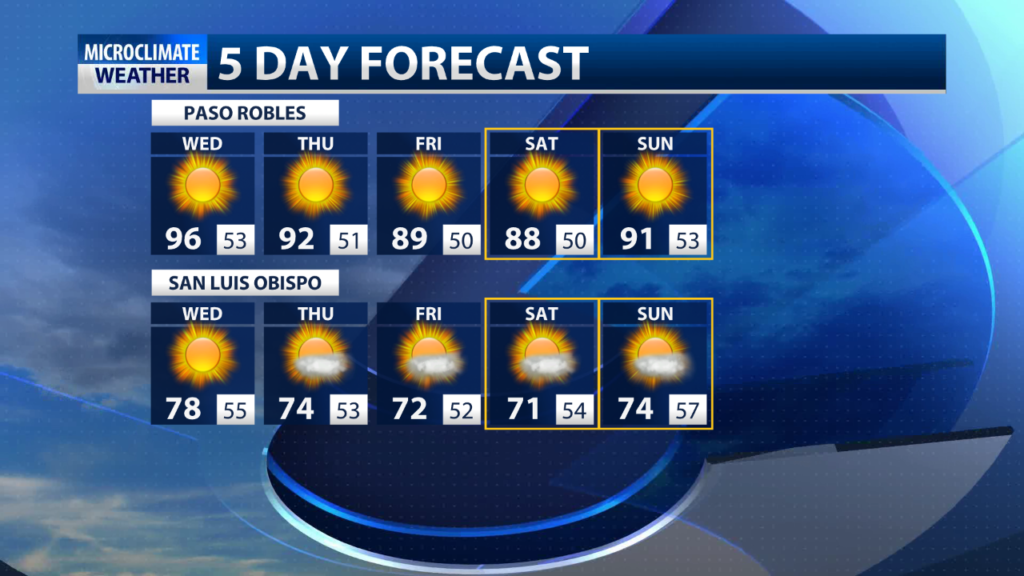 Another noticeable change in the forecast Wednesday will be the early morning fog and marine layer along the coast. By the afternoon, the foggy conditions and stratus should clear up, for the most part, making for a mostly sunny day. The increasing marine layer will be a trend through the weekend, which will keep daytime highs cooler along the coast. 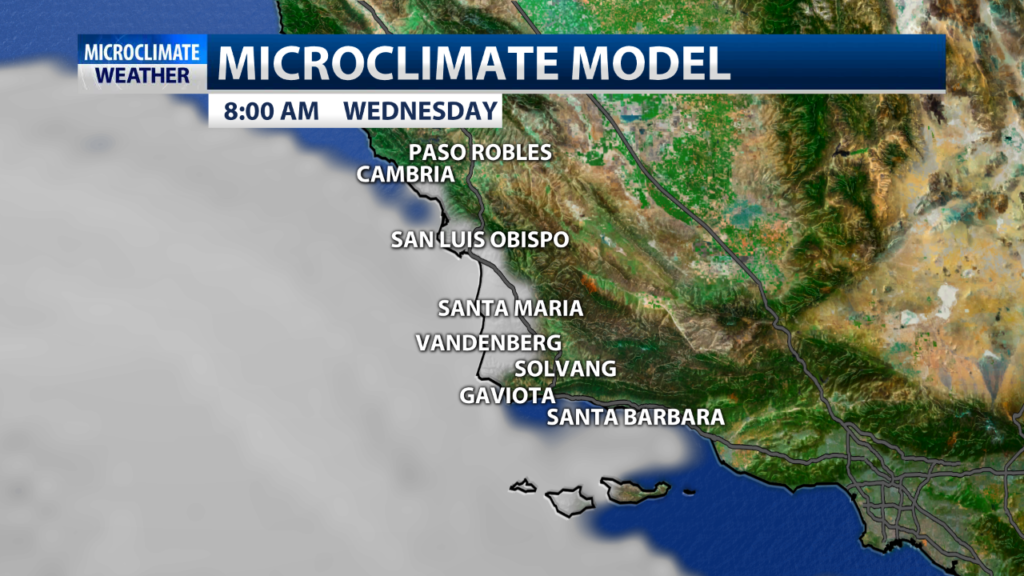