Air Quality Warning in effect for SLO County through Thursday 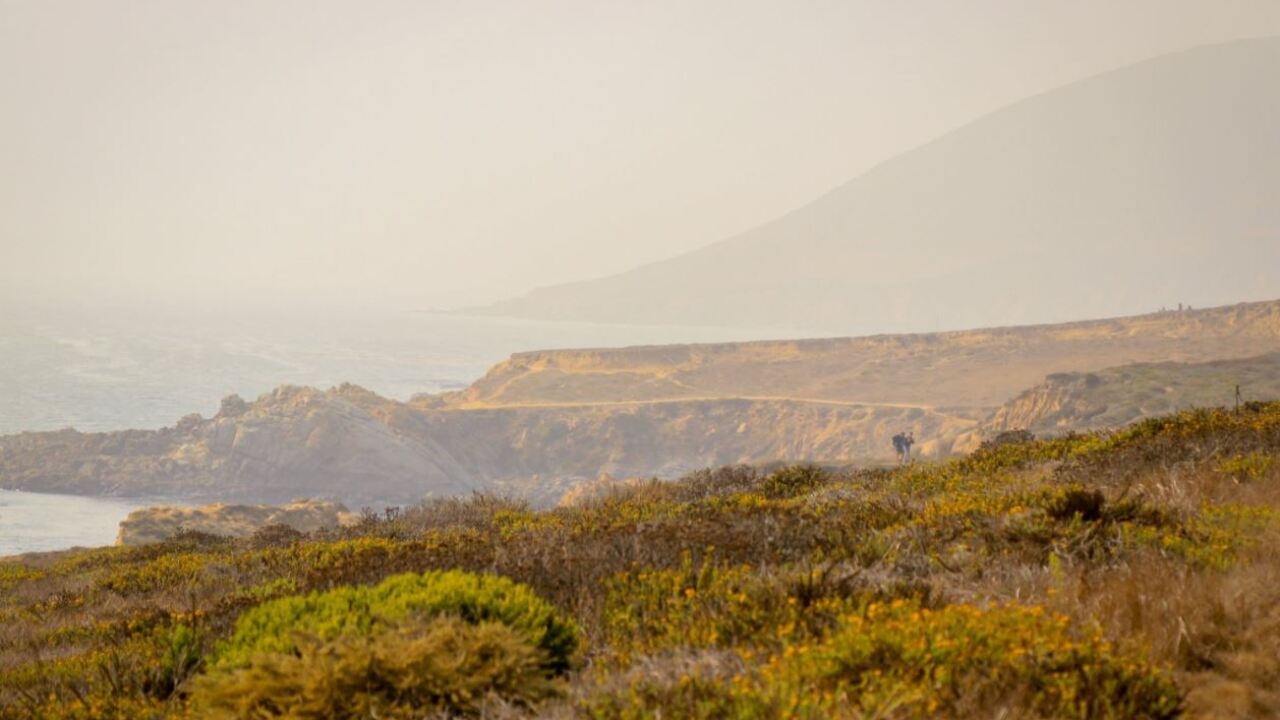 An air quality alert has been issued for San Luis Obispo County through Thursday as unhealthy amounts of particulate matter from nearby wildfires continue to fill in over the region. Those with serious health conditions and sensitivities to wildfire smoke should limit time outdoors over the next two days, and most people should consider limiting long-term outdoor exposure.

It will be a foggy morning commute for drivers, but fog will be patchy. As a reminder, drivers will still want to use low beams and increase their following distance out on the roads.

Daytime highs are trying to increase Tuesday, but with increased smoke in the atmosphere, it could be difficult to reach max. daytime highs. The inland valleys will have a mix of 80s and 90s, and the coastal valley regions will mostly be in the 70s and 80s with the exception being the Santa Ynez Valley, which will likely have temperatures in the low 90s. Towards the coast is where daytime highs will likely only reach the mid to upper 60s.

Light, variable winds will be pretty consistent throughout the day with most wind speeds capping out around 15 miles per hour. The Gaviota coastline will stay closer to 20 miles per hour, which is still well below the advisory level. As onshore flow continues to be on the weaker side, a ridge of high pressure will continue to build over the state. These two phenomena will keep conditions fairly dry before a low will move in from the Pacific Northwest, which could bring increasing clouds over the Central Coast.