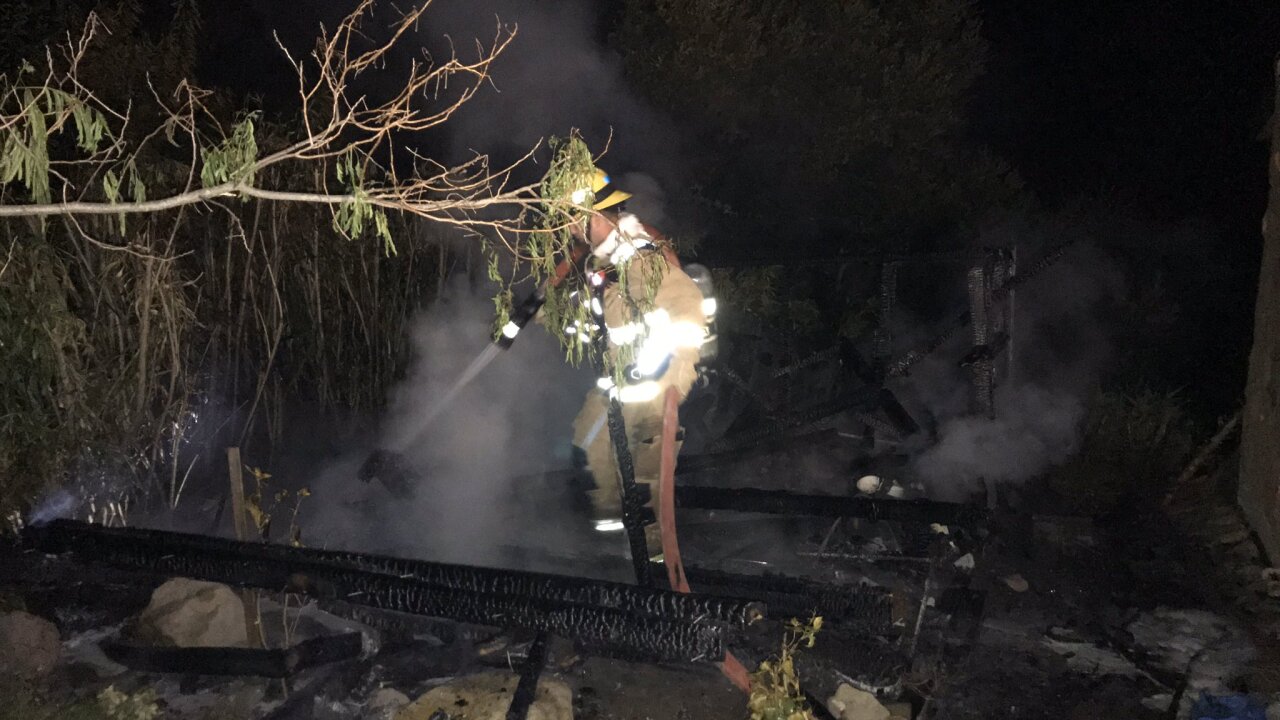 Firefighters quickly extinguished a shed fire early Tuesday morning that was threatening an occupied home nearby.

Santa Barbara County Fire Captain Daniel Bertucelli reports firefighters were dispatched to a structure fire shortly after 2 a.m. on the 1200 block of Tunnel Rd. in the Mission Canyon area of Santa Barbara.

When firefighters arrived, Bertucelli says they found a large shed engulfed in flames.

Firefighters helped two to three people evacuate from a home adjacent to the burning structure.

Within 20 minutes of being dispatched to the scene, firefighters had knocked down the fire and prevented it from spreading to the adjacent home.

According to Capt. Bertucelli, no one was injured and the cause of the fire is under investigation.