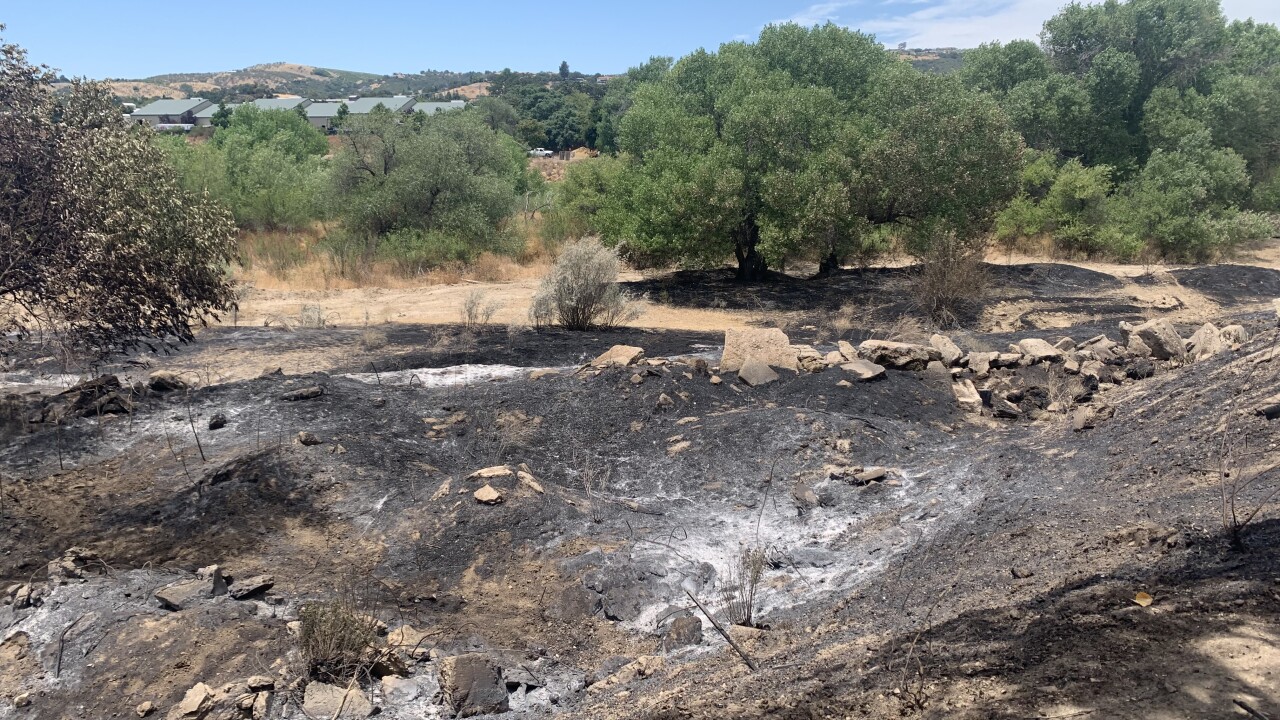 Paso Robles city staff met with the Central Coast Regional Water Board Tuesday morning to come up with a plan to clear the overgrown Salinas Riverbed of dry brush and vegetation.

The meeting comes a little more than a week after a fire that started in the riverbed fire destroyed two homes and damaged nine others.

Steve Cadenasso has lived along Creston Road for nearly 20 years. The Salinas Riverbed is just down the hill from his home.

"It's been overgrown quite a bit," Cadenasso said.

He said last Monday's fire was unlike anything he's ever experienced.

"It's kind of scary," Cadenasso said. "I haven't had this happen here before and now I realize that my house is in a little bit more danger being that close to the creek."
The city is working to reduce any future danger.

Nearly a week ago, local leaders penned a letter to the California Environmental Protection Agency demanding immediate action from the Central Coast Regional Water Board.

"I am happy to say that Mr. Keeling, who is the Executive Officer of that organization, responded immediately to the community recognizing that our concerns were justifiable and pledging that he would work with the City of Paso Robles," said Paso Robles Mayor Steve Martin.

Fire Chief Jonathan Stornetta submitted a short-term fire hazard mitigation plan. Fast forward to this week, and city staff and the Central Coast Regional Water Board met to work out the details.

"The short-term plan would require the use of what they call mechanical masticators. They chew up the vegetation and disturb the soil only to a minimal amount," Martin explained.

The mayor adds that work could get underway in a week or two.

"The Salinas Riverbed overgrown is like a huge fuse on a bomb running through the city and we really need to diffuse that to make sure that public safety is preserved," Martin said.

KSBY News reached out to the water board for comment but have not yet heard back.

Preliminary findings have determined the cause of the riverbed to be related to weed abatement operations along the Navajo pathway.