Three-pointer by Rogers lifts Cal Poly over Hawaii in overtime, 79-75 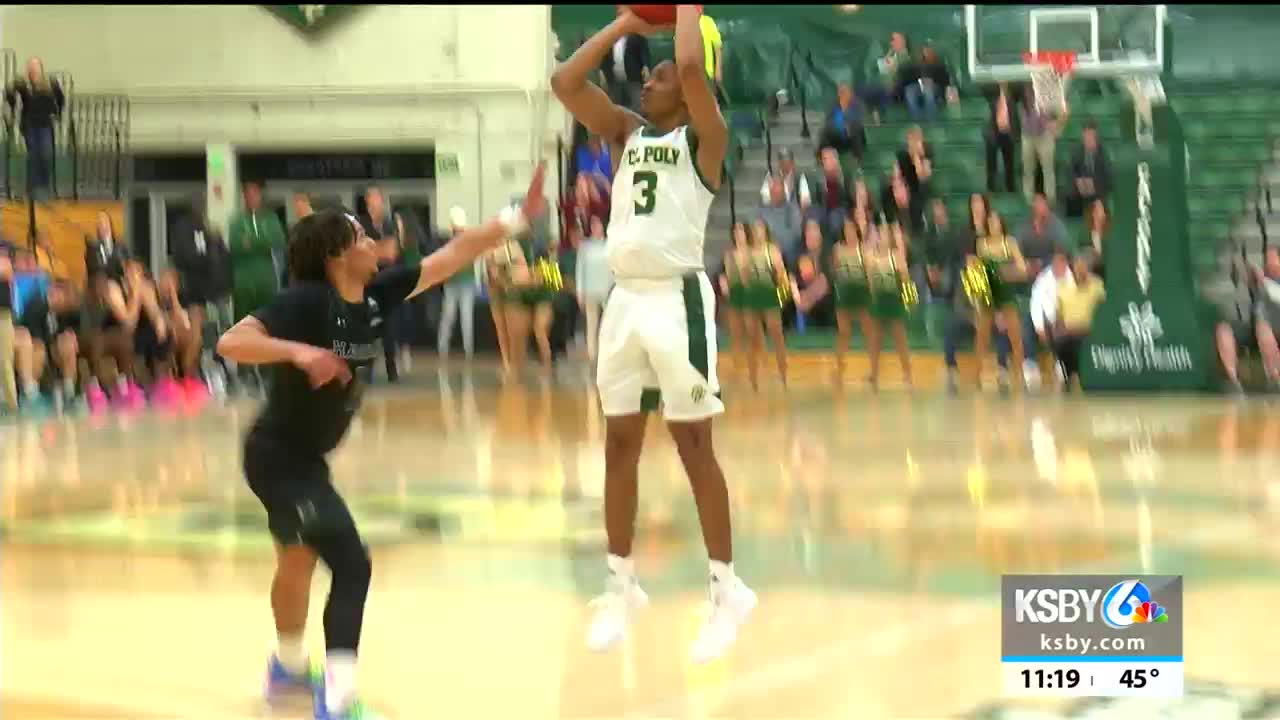 The three by Rogers, who was one of four Mustangs in double figures, gave Cal Poly a 77-75 lead. Hawaii's Drew Buggs was called for an offensive foul while driving the baseline with 11.5 seconds left. Rogers was fouled on the inbounds pass and made two free throws with 8.7 seconds remaining to clinch the victory.

Cal Poly slowly worked its way into a 46-46 tie with 14:44 remaining in the second half on a three-pointer by Rogers. After Buggs scored a layup for a 48-46 Hawaii lead, the Mustangs went on a 17-0 run to turn the two-point deficit into a 15-point cushion at 63-48, Jakkola capping the spurt with a thunderous dunk with 7:38 to go in regulation.

Hawaii turned the tables around during the rest of the second half with a 21-6 sprint to catch the Mustangs at 69-69. Buggs tied the game with a layup with 27.5 seconds to play and Jamal Smith missed a layup with three seconds to go as the game went into overtime.

In the extra period, the lead changed hands five times and the game was tied twice before Rogers took over with his go-ahead three-pointer and two clinching free throws for the Mustangs.

Cal Poly made 44.6 percent of its floor shots for the game, including six of 13 three-pointers, while holding Hawaii to 37.3 percent efficiency (six of 24 from long range). The Rainbow Warriors were just two of 14 on three-pointers in the second half.

Hawaii outrebounded Cal Poly 48-36, including 19 boards on the offensive end of the floor. Carper and Buggs both grabbed 11 rebounds for the Rainbow Warriors while Jamal Smith led Cal Poly with seven boards.

Hawaii committed 15 turnovers while Cal Poly was charged with 12.

Hawaii defeated Cal Poly 65-61 in the first meeting between the two teams this season on Jan. 16 in Honolulu.