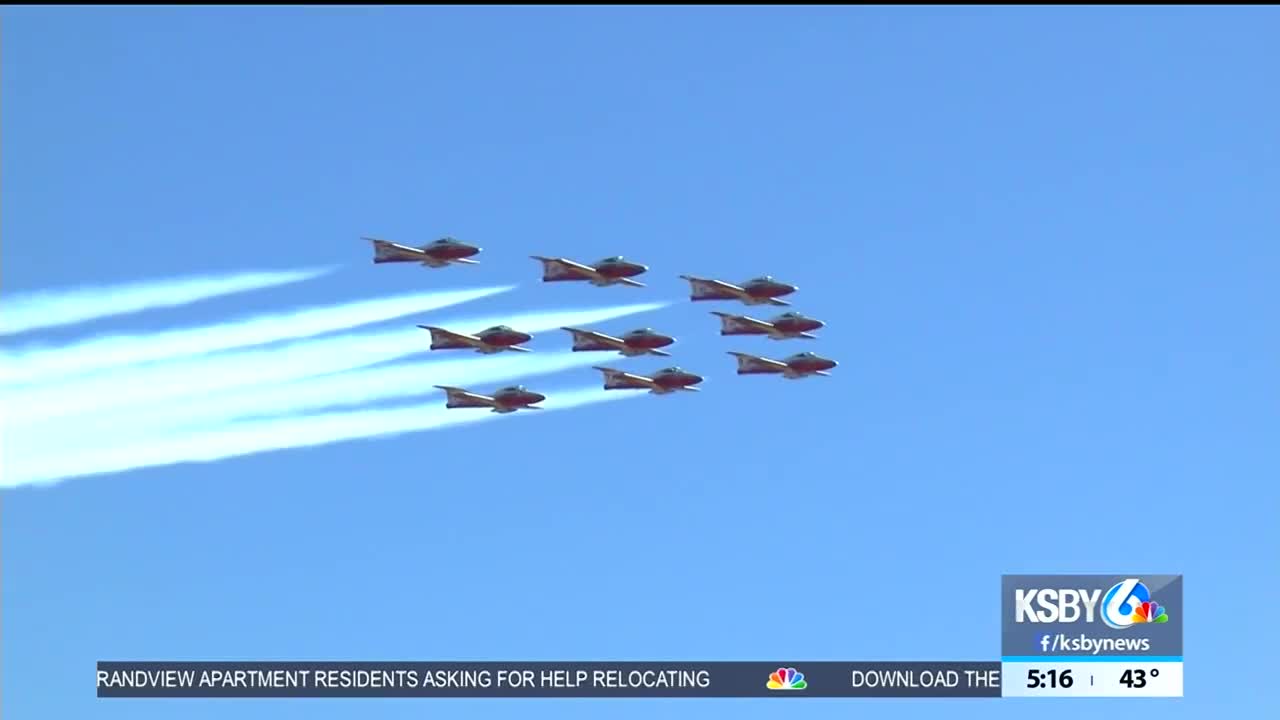 More planes that usual will be flying over the Santa Maria Valley this weekend.

Central Coast AirFest director Chris Kunkle says this year's main attraction are the Air Force F-16s that will roar over the crowds at about noon both days.

"We were lucky enough to seal the deal with the U.S. Air Force Viper demo team," Kunkle said.

Kunkle is excited to bring the event back to his community after last year's inaugural success.

"Santa Maria was missing this kind of an event. Santa Maria is historically in aviation," he said. "In 1943 to 1945, we had at this airfield, the army airbase training P-38 pilots to go to WWII and my grandfather, who was P-38 pilot, actually flew in and out of this airfield."

Kunkle hopes the high-flying machines on display this weekend will spark an interest in kids to pursue aviation.

"There are lots of opportunities to step inside aircraft, learn a lot of about them, talk to the pilots and really get to know the industry a little bit better," he said.

After 30+ years in the Air Force and combat tours in Desert Storm, Firewalkers International pyrotechnician Rick Myers is showing civilians what it's like out on the battlefield, thanks to Hollywood-style explosives.

"'Ladies and gentleman, coming from the right, P-51 Mustang from WWI, brrrt boom!,'" Myers said, imitating an airshow announcer. "We're not the main act. We're the punctuation mark so they can actually see in their mind this airplane shooting bullets."

A control burn at the airport a few weeks ago made this entertaining and educational pyrotechnic displays possible.

"We have this beautiful fire tanker over here and we're intentionally going to set a fire and he's going to come in and put it out for us," Myers said. "But it's a choreographed fire, not one that got away from us, so it's a lot of fun."

Central Coast AirFest sponsorship director Jim Gray says there's something for everyone at the air show.

"This something that from the smallest to the oldest, can come and enjoy," Bray said. "There are special prices for military, for children, for seniors, to make it accessible to the community."

The event goes from 9 a.m. to 5 p.m. both Saturday and Sunday at the Santa Maria Airport and will feature food trucks, alcohol sales and a kids zone, in addition to the aircraft on display.

Pre-sale tickets can be purchased online for $30 for adults and $5 for children. Prices will increase to $35 and $10, respectively, at the gate.

Saturday morning, local law enforcement officers and community leaders will participate in a plane-pull to benefit the Special Olympics.