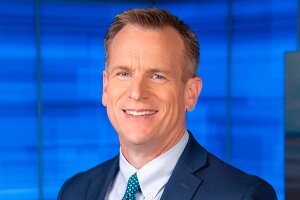 “I’ve spend the majority of my life keeping Central Coast residents informed and helping them start their day. I’m looking forward to this new chapter, and to many more years to come with the news team here at KSBY,” Richard said.

In 2006, Richard returned to Cal Poly where he is currently an Associate Professor, helping shape the journalists of tomorrow.

Richard began his broadcasting career on the radio at KIQO in Atascadero, KPRL in Paso Robles and then KJDJ in San Luis Obispo.

Richard is married and enjoys spending time with his two sons: Hayden and Jack.